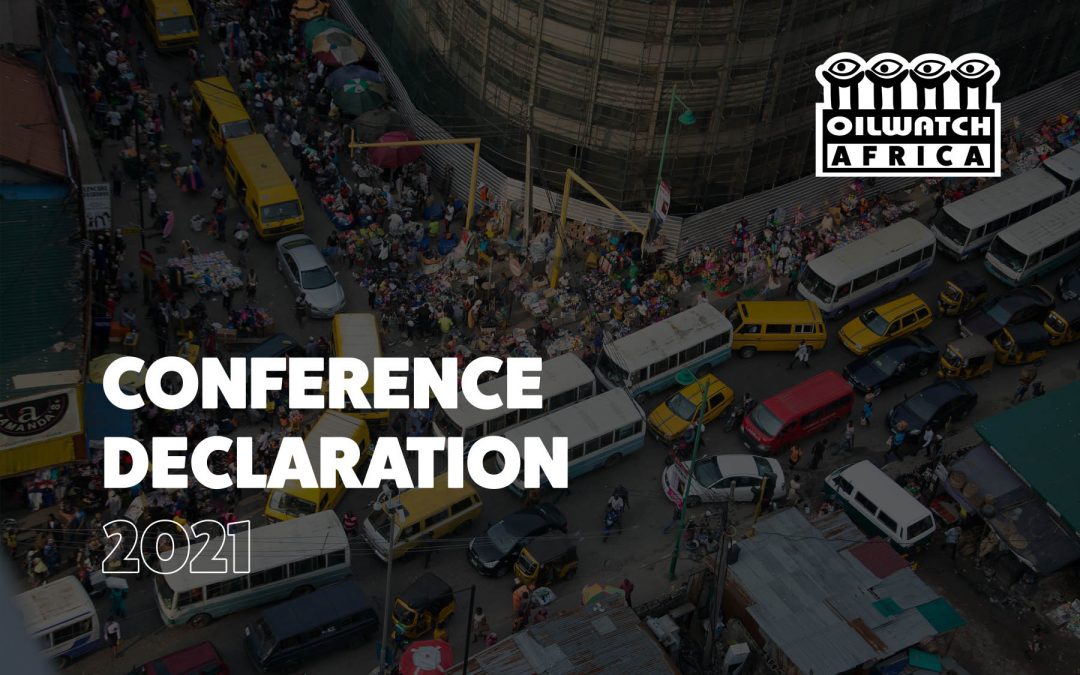 On the 9th of August 2021, Oilwatch Africa convened a webinar and  virtual Annual General  Meeting (AGM), coinciding with the release of the report of the current state of the climate, including how it is changing and the role of human influence by the Intergovernmental Panel on Climate Change (IPCC). The AGM which consists of organizations, networks and community resistance groups from Africa and around the world deliberated on alarming climate impacts facing the continent. These include floods , droughts causing desertification, loss of critical habitats and species, reduced land productivity and limited access to water, as well as how these impacts can be addressed. For decades, Oilwatch Africa has been in the forefront  of tracking these impacts, especially in the context of  extraction which drives it, and the colonial global dependence on dirty energy and comprador politics which sustains and exacerbates it.

The webinar with the theme “The nexus between climate justice and socio-economic justice; What does this look like for Africa?” explored historical injustices occasioned by the climate crisis and strategies to address the known and emerging impacts of climate change. Discussants  at the webinar also explored frameworks to respond to the continued expansion of oil, gas and coal extraction. Some of the highlights from the discussions include:

The discussions culminated in the following declaration as supported by those in attendance; the ASSEMBLY:

FURTHER NOTING WITH concern the disconnect between climate realities and the so-called Nationally Determined Contributions (NDCs);

CONDEMNS the continued and deliberate proliferation of coal, oil, and gas in Africa due to its debilitating impacts on the climate, livelihoods, public health and the environment;

Adopted on the 9th of August 2021, by Oilwatch Africa members and organisations: